Earth day is an event to remind the community to reflect on its responsibility for the world we live in and take action. This year on Earth Day week, Sunpin Solar California team took action by taking time out of its day to volunteer for Earthroots Field School in Trabuco Canyon, California. Earthroots is a non-profit educational organization dedicated to cultivating a sense of care and connection between people and the natural world. Their vision is to create a world where people of all ages, abilities, cultures, and affiliations understand how our actions influence the world around is.

While being busy developing utility-scale solar projects and putting more sunshine to work, Sunpin Solar also wants to give back to the community and to the planet that we take so much from. Being part of the volunteer effort taught us to be more connected with nature and reminded us that our planet is even more delicate than we think it is. Earthroots Fields School provides a great platform and different activities for everyone to have a fulfilled afternoon.

One Seed at a Time

Seed balls have a deep connection between the people making them, the people spreading them, and nature itself. Our team spread hundreds of seed balls made by other groups and made hundreds more for future groups of students and adults to throw and spread around Earthroots and other sites. These seed balls contain buckwheat seeds, which will grow to become educational plants for future students to cultivate and process into edible food.

Seed balls are a quick and effective way to plant seeds. They are made by coating seeds in a mixture of clay and compost, which protects the seeds from the harsh dry weather until the first rainfall, where the seeds are deposited into the soil. 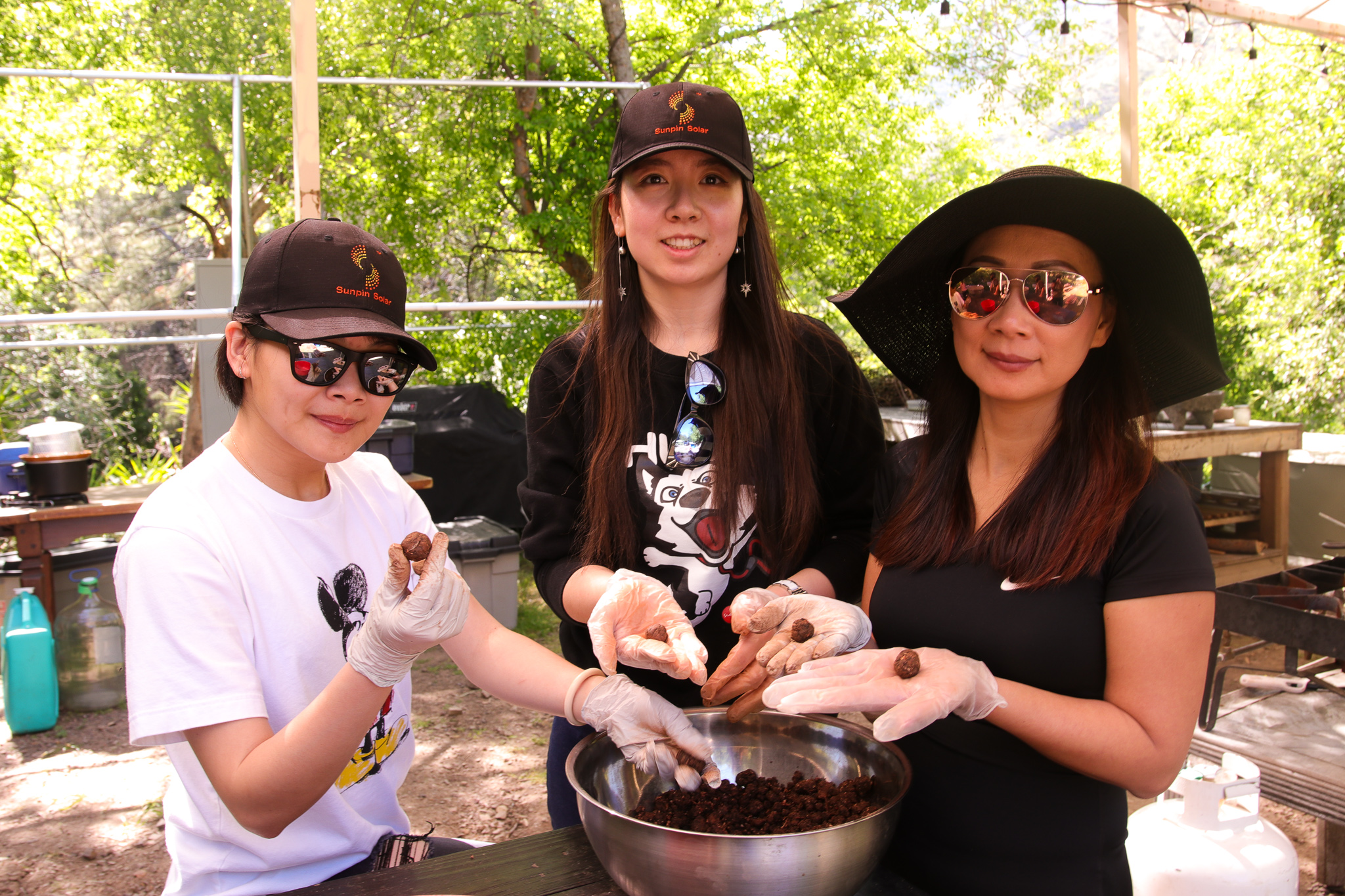 Building a Composting Bin and Latrine

The average American generates about 7 pounds of waste per day according to an article published by Frontier Group. Americans as a whole generate over 258 million tons of trash per year. Earthroots plans to build a composting bin and latrine, which will eliminate almost all of the waste that the site itself will produce. Helping to build the structures to reduce even the smallest waste production reminded us to be mindful about our own daily activities and the consequences that they have on the environment.

The composting bin will break down food scraps left over from Earthroots camps and process it into compost that will be useful to plants. The new latrine would be an environmentally friendly alternative to the portable bathrooms currently on-site, which contain blue chemical that is harmful to the environment.

Providing an outlet for the younger generation to be exposed to nature and to develop an early sense of responsibility for the environment is key to building a community that values sustainability. Sunpin Solar sanded a table which would be used by children and adults who visit the site in the future. The table would be where future campers and students on field trips will dine and learn about nature and sustainability practices. 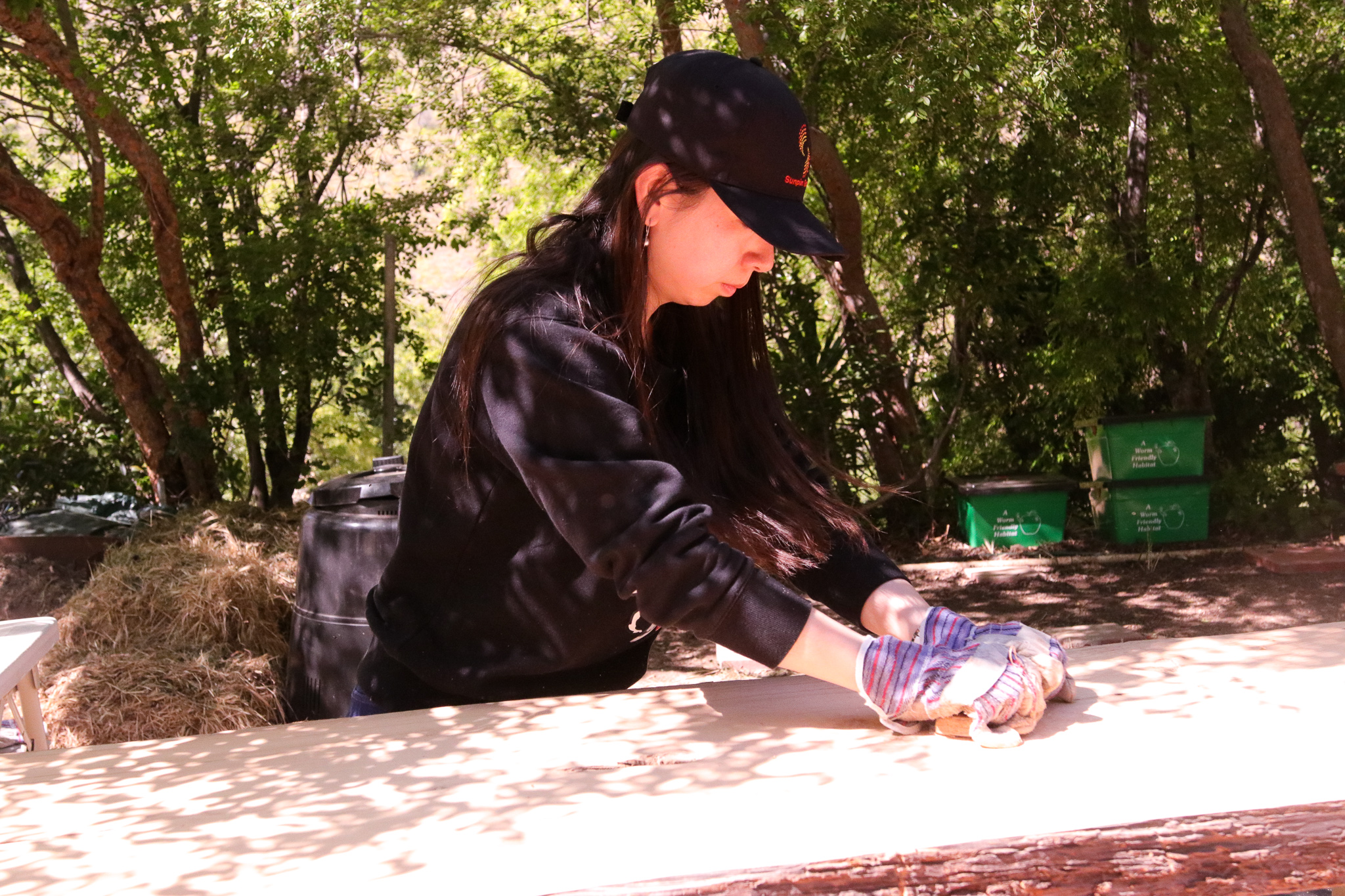 Weeds grow fast and consume a large amount of nutrients, water, and space, causing plants and baby trees to die. In the summer, the weeds dry up and easily become a fire hazard. Pulling weeds allow various useful species, such as purplehead flowers and allows for fruit trees to thrive. The dried weeds would be packed into bales of hay for various purposes across the site. The extra space and nutrients in the soil also gives room for the seed balls we made to grow.

Every 2 seconds, humanity destroy an area of forest roughly the size of a football field for building material, paper, or land according to studies published by One Tree Planted. Though there are heavy reforestation projects in place, the efforts do not exactly compensate for 80% of the world’s forests that are already destroyed.

At Earthroots, our team worked hard to plant a tree. The single tree may not have a major impact on reforestation efforts, but it will serve as a small step and an example for future students about the hard work and years needed to produce the natural resources in which humanity so often takes for granted. 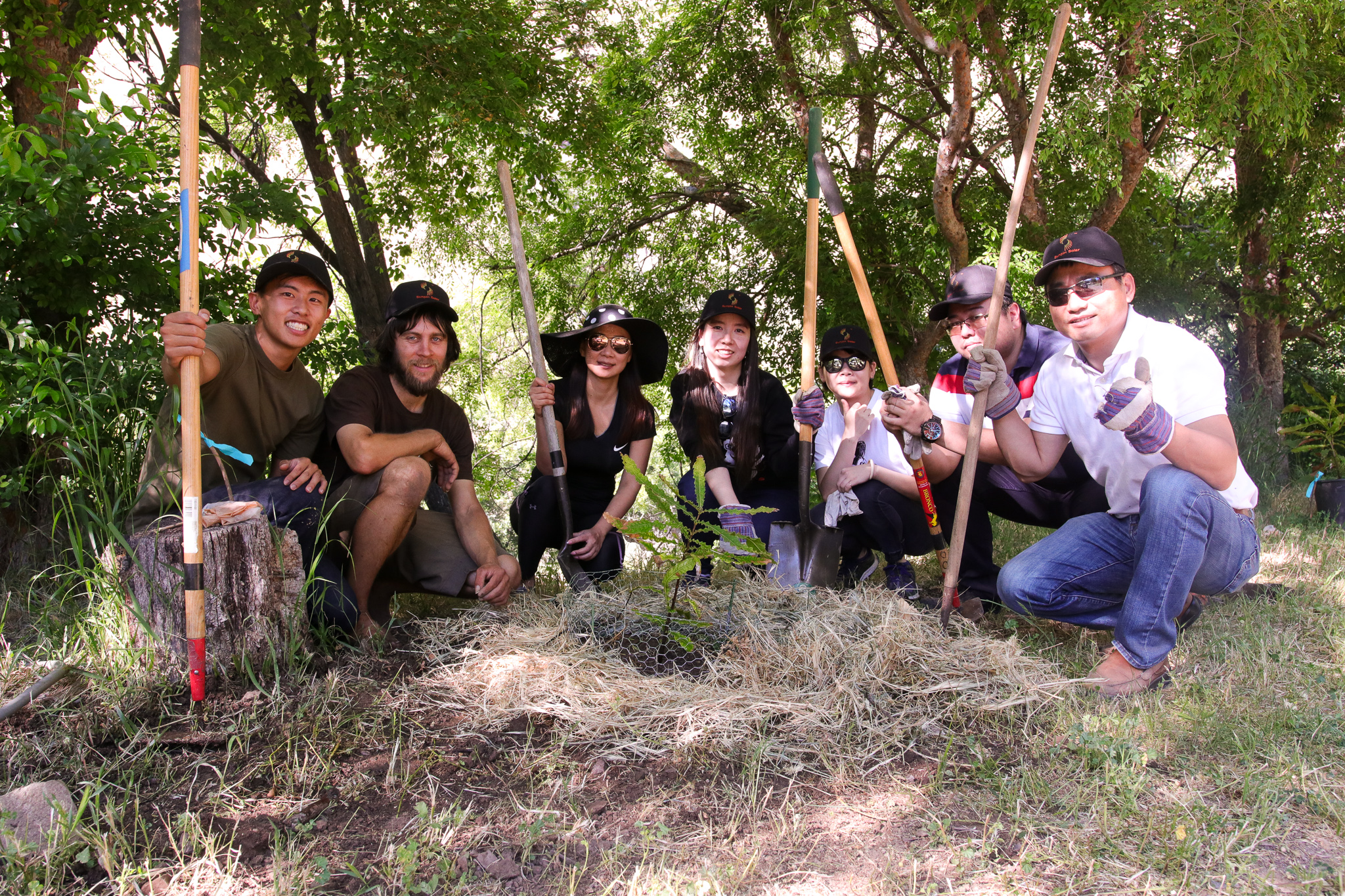 Sunpin Solar donated a solar panel to the Earthroots site, which would be used to power the site’s supply shed. The storage shed is currently lit with only a small lamp, making it dangerous to navigate through, and hard to organize effectively. With the future lighting system powered by the solar panel, Earthroots will be able to better utilize the storage room and operate it without safety hazards. 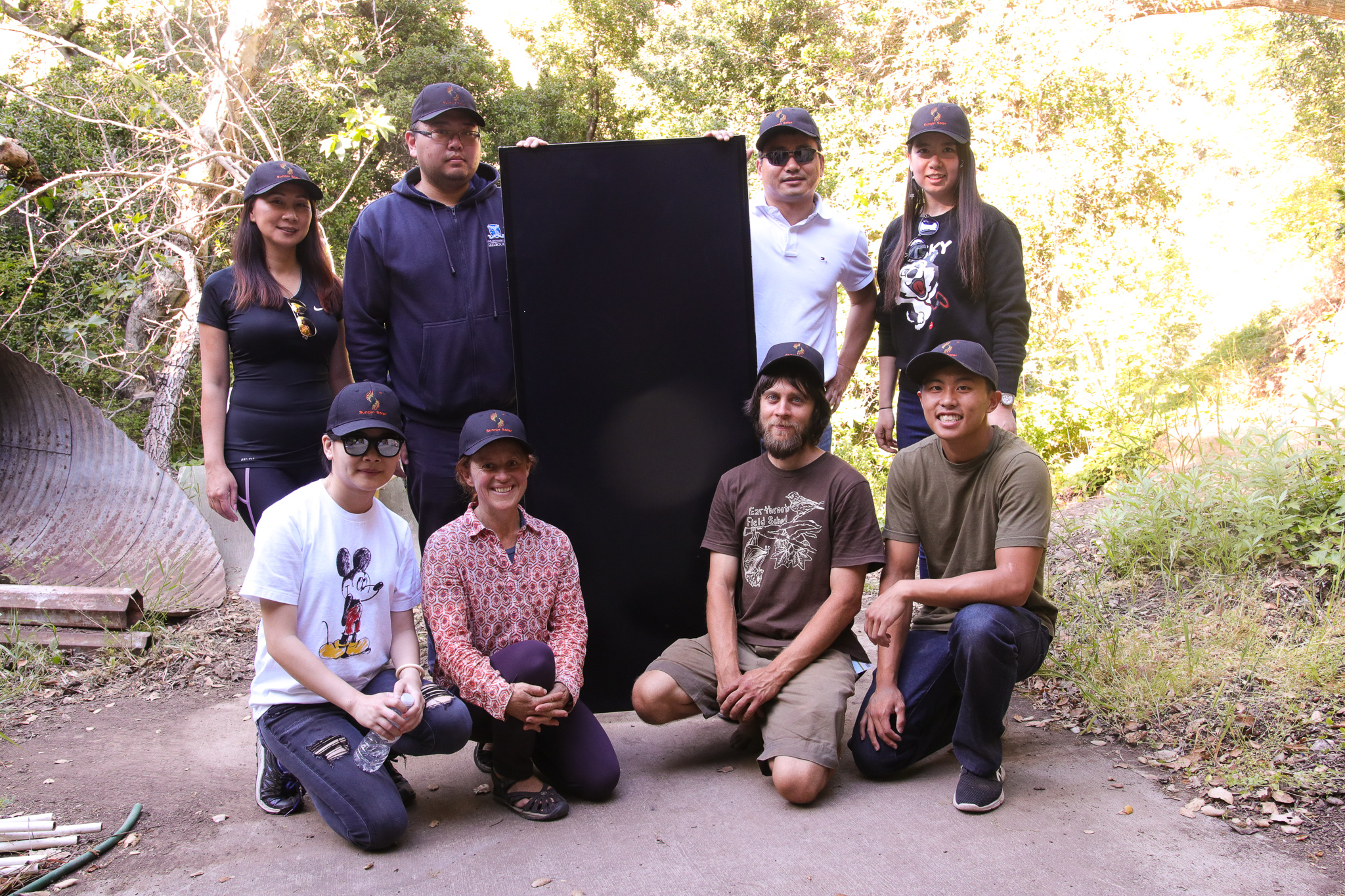 Sunpin Solar’s experience at Earthroots continues to teach us to value nature and uphold our responsibility to protect our planet. Earthroots is an inspiring organization, as seen in its efforts to completely reduce waste, even though they are already upholding so many environmental responsibilities and projects. Our team is proud to have been able to contribute and work on so many projects that will in turn help educate and inspire the younger generation to become more environmentally aware and take action.

A big thanks to Jodi, Executive Director of Earthroots, and her team for having us! Learn more about Earthroots here! 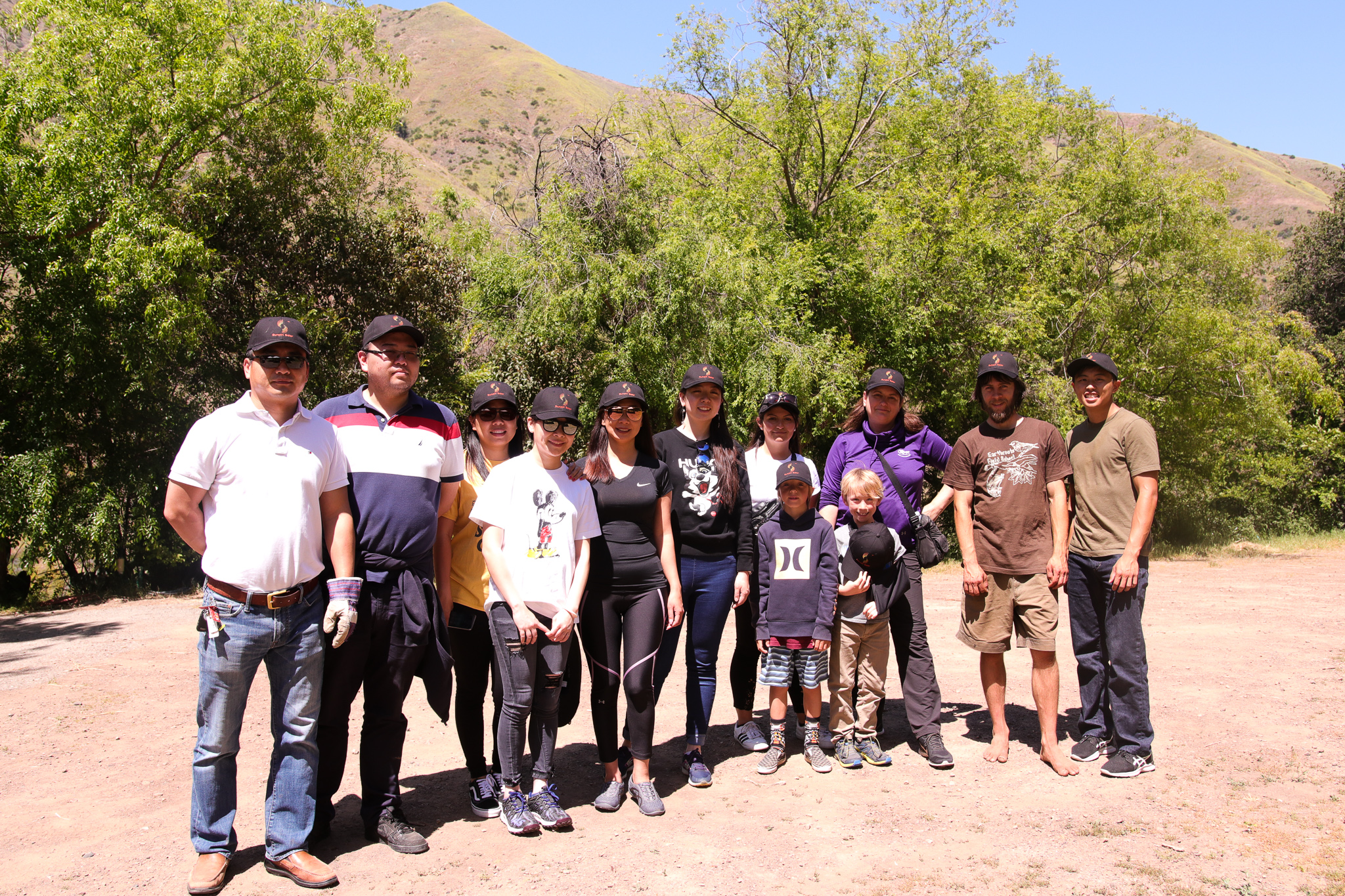